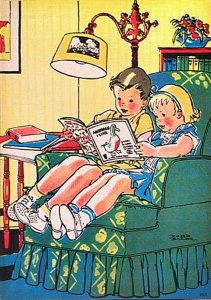 On April 28, I blogged about 10 Ways to Write Funny for Young Readers. In the first paragraph, I wrote, “Recently one of my editors commented that she had just heard from an agent that in adult writing editors want romantic comedy and humor.”

Imagine my surprise when I clicked over to the SLJ article, “What Are Kids Reading Now? Follett Reveals the Top Ebook and Audiobook Checkouts.”  The article included the top 25 ebooks and audiobooks each in K–3, 3–6, 5–8, and young adult for the two-week period ending April 7.

I’m only going to list the top five in each category but take a quick look.  I’ve highlighted the humorous books in green.

1 Don’t Let the Pigeon Stay Up Late! by Mo Willems
2 A Princess Collection by Cassandra Morris
3 The True Story of the 3 Little Pigs! by Jon Scieszka
4 A Bad Case of Stripes by David Shannon
5 Bad Kitty by Nick Bruel

You can check out the full listing in each category here.

Something that I noticed is that while there are funny books on this list, there are plenty that are serious including The Hunger Games, The Maze Runner, and The Boy in the Striped Pajamas.  I thought it was especially interesting that the K-3 ebook list included three information titles translated into Spanish.

We don’t know why kids are checking out these particular books.  Some may be for school.  Some may be chosen by the young reader from a list.  But I really was surprised that except for a few notable exceptions – hello, Diary of a Whimpy Kid – there were so few humorous titles.