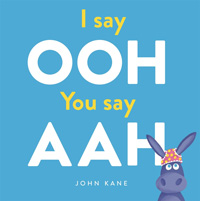 Unlike other book awards, the Children’s and Teen Choice Book Awards are selected and voted on exclusively by young readers.  Isn’t that amazing?  The winners in all four categories were announced last week.  So without further ado:

In Kindergarten–2nd Grade, the winner is I Say Ooh You Say Aah by John Kane (Kane Miller).  The honor book is There’s a Dragon in Your Book by Tom Fletcher, illus. by Greg Abbott (Random House).

The three other books that were finalists in this category were Day at the Beach by Tom Booth (S&S/Aladdin), Julián Is a Mermaid by Jessica Love (Candlewick); and Grow Up, David! by David Shannon (Scholastic/Blue Sky).

My son was a huge David fan when he was in kindergarten and beyond.  I have to admit, I hesitated to buy him No, David! in hardcover.  I just didn’t get the appeal.  I finally asked him why he wanted it.  “Because it is so beautiful.”  Hmm. I still didn’t agree but how could a mom say no to something there kiddo loved that much, especially when that something was a book?  Suffice it to say, David won over my husband and I as well. 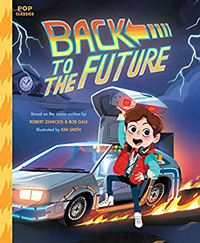 In 3rd–4th Grade, the winner is Back to the Future: The Classic Illustrated Storybook, based on the movie by Robert Zemeckis and Bob Gale, illus. by Kim Smith (Quirk).  The honor book is Safari Pug by Laura James, illus. by Églantine Ceulemans (Bloomsbury).

The three other finalists included The Mushroom Fan Club by Elise Gravel (Drawn & Quarterly/Enfant), School People by Lee Bennett Hopkins, illus. by Ellen Shih (Boyds Mills/WordSong), and Down by the River by Andrew Weiner, illus. by April Chu (Abrams).

I’m curious about a movie adaptation that entranced so many young readers.  I also really like Lee Bennett Hopkins books so I’m looking forward to reading all five books in this category. 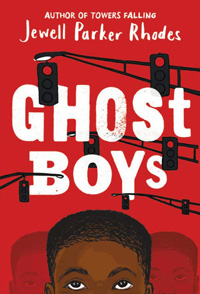 In 5th–6th Grade Book, the winning title is Ghost Boys by Jewell Parker Rhodes (Little, Brown) with Sewing the Rainbow: A Story About Gilbert Baker by Gayle E. Pitman, illus. by Holly Clifton-Brown (Magination Press) taking the honor.
The additional finalists for this category included Be the Change by Eunice Moyle and Sabrina Moyle (Quarto/Walter Foster Jr.), Pizzasaurus Rex by Justin Wagner and Warren Wucinich (Oni), and Fakers: An Insider’s Guide to Cons, Hoaxes, and Scams by H.P. Wood, illus. by David Clark (Charlesbridge).

Based on titles alone, this may be the most intriguing group of books for me.  I want to know what Ghost Boys is about but have to admit that I’m simultaneoulsy more than a little uncertain.  And Fakers?  That is definitely a book that my son would have wanted. 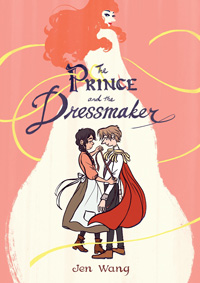 The three other finalists for this age level included The Belles by Dhonielle Clayton (Freeform), Furyborn by Claire Legrand (Sourcebooks Fire), and Wildcard by Marie Lu (Putnam).
I’ve read two books in this cateogory but what surprises me overall?  Just how little adult buzz these books have had as a whole.  Maybe we aren’t as good at judging what our young readers love as we should be?  Definitely something to think about and a really good reason to read these books.
–SueBE