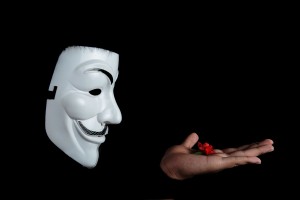 Recently, I read two short stories in a row where the narrators were not named.  This made me wonder about this whole unnamed narrator.

It is something new?  The short answer – no.  The longer answer – no but it isn’t easy to make it work.

Poking around I found the following works with unnamed narrators. Sometimes they are named for the role they play as is the case in In the Penal Colony and A Hunger Artist by Franz Kafka, Philippe Claudel’s The Investigation, Graham Greene’s The Power and the Glory, and Malcolm Lowry’s Under the Volcano. Sometimes it is done to give the stories a folktale feeling – the handsome prince, the miller, the little match girl.  Other times it is done in a dystopian story to emphasize that a person is less important than what they do.

Sometimes it is done to blur boundaries.  Is a piece memoire or is it fiction? That is what readers are left to wonder as they read Teju Cole’s Every Day Is for the Thief as well as the books of Patrick Modiano.

Why not give your narrator a name and, through it, a concrete identity?  This can be done to show a variety of things including:

As is often the case with this type of device, it can be hard to do well.  Doing this well starts with knowing why you are chosing to do it.  Because you think it will be fun to baffle your reader?  Not reason enough.  Figure out what this lack of identity means in your story before you give it a try.