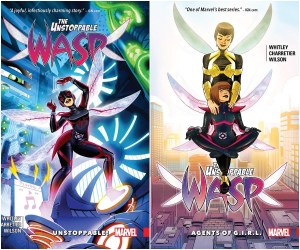 Another week spent on rewriting but I’ve also fit in time to watch some more LibraryCon sessions.  Today I watched a session on Fan Faves or writing a story that fits into an existing universe.  The panelists were:

Jeremy Whitley who wrote My Little Pony, XMen, Hulk, Wasp and is currently working on Rainbow Brite. I have to admit that it really interested me to hear from a man who has written so many books with strong female characters.

F.C. Yee who is writing in the Avatar world.

When you write a book, short story or graphic novel for publication that is set in an existing universe, you have to get it right.  Mess something up and the fans are going to tell you all about it.

Because of this, authors who are invited to expand on this worlds have a lot of work to do.  When Jo Whittemore began writing about Super Girl, she had to do a lot of research to get CW approval.  Her slides showed the approximately 30 books that she read to make sure that whatever happened in her story was consistent with things that had happened in earlier stories.  She also read books that are still to be released.  She explained that one of the trickiest parts of her job is remember what fans already know and what they don’t because she has to be careful not to let anything slip.

I would think that to have the depth of knowledge needed to write one of these stories, you would have to be a fan.  But Yee emphasized that that brings its own issues.  He is a huge Avatar fan and when he writes a book for this series he has to be careful to keep his extreme fan tendencies in check.

This was definitely a reminder for any of us who want to try to write in someone else’s universe just how much work is needed to obtain the depth of knowledge required.

If you haven’t watched any of these sessions, they are still available.  Just register here and you will have access to all of the recorded sessions.