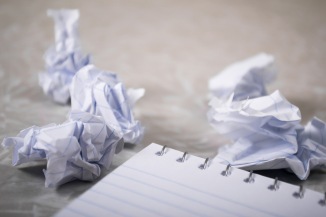 Recently, I had to polish up a picture book and get it out now.  This wasn’t something I was drafting.  These were fine changes.  Fiddling with word sound and rhythm.

I read my manuscript out loud. After all, a picture book is like a poem.  It has to work when read aloud. Most of my manuscript was fine but two spreads felt off.

I always suspect when I am doing this kind of rewrite that I change something, let it rest, and change it back again.  And then I do it again.  And again.  Maybe if I could keep track of my various versions there wouldn’t be so many.

Do not say “track changes.” NO.  I despise that Word feature.  I use it with my editors at RedLine.  Some areas of the manuscript will have very few marks.  Others have lots and lots of text struck out and added.  While it can be good to see what was removed, a section that has been worked over multiple times can be almost impossible to read in part because I’m mildly dyslexic.  It gets too busy and I can’t follow it.

When a single person uses track changes, it doesn’t always track all of the changes.  That means I can’t go back and see what the manuscript said before.

Fortunately, I found a trick that works for me. I opened up a clean Word document and copied the problem text, pasting it at the top of the page.  Then I pasted it in again and made changes to the second version.  Then I pasted it again and made changes to the third version.  There was no back and forth.  And I never had to rewrite a passage more than three times.

When I was done, I let it sit and then reread all three versions.  There was no guess-work.  No wondering if maybe the first version was better.  I had them all right there in front of me.

Try it and see if it works for you.