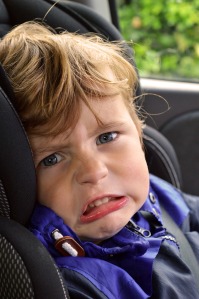 Every now and again it happens to the best of us.  You work and work on an article, blog post or chapter and . . . you just have to face it.  It stinks.  Can it be saved?

Maybe yes, maybe no.  But the first thing to do is walk away.

The blog post that I originally wrote for Tuesday was a dud.  Flat.  Listless.  I knew it wasn’t any good but I was just sick of it so I went ahead and finished the formating and scheduled it to go live.  Then I got up from my desk and did a few chores.  After loading the dryer and spreading the air plants out on a towel, I had gained just enough distance from the piece to know what was wrong.

A lot of the time when I don’t like something I’ve written, it is because I’m trying to force it in the wrong direction.  X might have inspired the piece but X is not the direction in which my piece should go.  Unfortunately, we writers can get strange when things don’t go as planned.  Instead of recognizing that the plan might stink, we fight it.  Don’t do that.  Let. It. Go.

Sometimes the problem is that we are tired.  We are so tired that we are like crabby kids.  Again, that’s when the break comes in handy.  Take a nap.  Get some rest.  Come back after you’ve recharged.  Does it still stink?  Can you see the problem or a possible fix?

Often, we are tempted to ignore that nagging feeling.  Just sending it in would be more efficient – right?  And efficiency is good – right?  Efficiency is good but unfortunately writing is not always efficient.  Sorry!   Often when I’ve ignored the feeling that something didn’t work, then my editor comes back to me.  “This part right here?  It doesn’t work.”  Yeah.  I should have known that.

Writing something that stinks is not a crime.  We all do it.  Just don’t ignore it until someone else points the stink out.