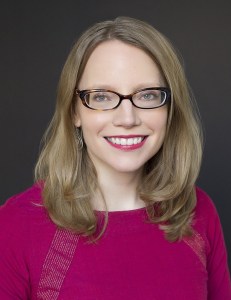 Seriously, my plan is not to report on only markets this week but when I see an announcement about a press or editor I love?  Yep.  You’re going to hear about it.

If you aren’t on Twitter you may not know that yesterday Lee & Low books announced a change in leadership.  In March Cheryl Klein will join the company as the new editorial director, replacing Louise May who has done so much for the publisher.

On March 1, 2017, Louise May will become editor-at-large.  In this position she will continue to work with her list of authors and illustrators to add more titles to the list.  May has clearly played a key role in making Lee & Low what it is today.  Her backlist includes many award-winning titles such as Susan Roth and Cindy Trumbore’s Parrots Over Puerto Rico (Robert F. Sibert Medal winner), Little Melba and Her Big Trombone by Katheryn Russell-Brown (Coretta Scott King Illustrator Honor), The Pot that Juan Built by Nancy Andrews-Goebel (Pura Belpré Award Honor),  and Etched in Clay by Andrea Ching (Lee Bennett Hopkins Poetry Award).

Cheryl Klein’s commitment to diversity has been evident in the books she published at the Arthur A. Levine Books imprint of Scholastic.  Such titles include, Shadowshaper, If I Ever Get Out of Here, Marcelo in the Real World, and The Princess and the Pony.  In addition, she was a founding member of the Children’s Book Council’s Diversity Committee.

I for one am excited to see the books that come out of this pairing.  Klein is definitely a powerhouse with a mission and Lee and Low and its readers are sure to benefit from her talents.