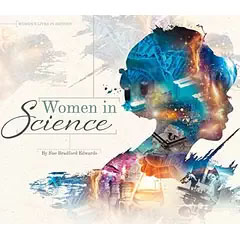 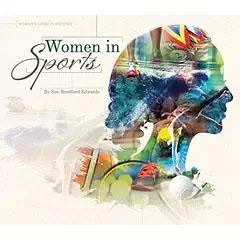 What a great way to start my week.  My two most recent books are out from Abdo Publishing.  Women in Science and Women in Sports are part of the eight title series, Women’s Lives in History.

The most difficult part of these two books wasn’t deciding what to include and what to leave out.  That said, that was difficult.  No matter how many different women I included, someone was left out.  Some aspect of science or some sport were left out.  Between narrative, examples of sporting or scientific women, and the sidebars I worked in as much as possible.

The most difficult part was discovering and refining the narrative that linked them all.  These books are nonfiction.  The stories that they tell are factual, but I had to have an overarching narrative.  How were things changing in this field?  At this time?

As is always the case, I learned a lot writing these books.  Would I want to do something similar again in the future?  Maybe.  These were the two most difficult books that I’ve ever written.  I knew sports would be tough because my background in and knowledge of sports isn’t as broad as my background in science.  But science was just as difficult if not more so.  Let’s just say that I thought digesting physics so that I could write about it was tough until I had to work on the section on pure math.

Difficulties aside, I’m glad I wrote them and I can see them filling a need in the schools.  Yes, there are books out about female athletes and female scientists but they focus on a few people (Wilma Rudolph and Marie Curie). Yes there are few others but not as many as you might expect.  These books will help fill that void.

Really, really looking forward to having the author’s copies in hand.