Are you a fantasy writer and  fan Jim Hensen’s Dark Crystal?  If so, here is a call tailored just for you.

From October 1st, 2013 to December 31st, 2013, The Jim Henson Company and Grosset & Dunlap will accept writing submissions to find the author for a new novel set in the Dark Crystal world. The search is open to both published and unpublished writers.

At this point, they are looking for 7,500-10,000 words.  This can be an inspirational short or actual chapters that would let them know what you plan to do with the full novel.  The novel itself will ultimately be something over 50,000 words long.

For details on the time and culture of this prequel check out this page on the Dark Crystal web site.

Last Friday, I wrote a post about historic fiction, specifically how hard it is to do well.  In his comments to this post, author David Patneaude questioned why so many editors and publisher shy away from historic fiction in spite of recent award winning novels and the fact that the books are used in schools.

Coincidentally, I just finished reading one of David’s books, Thin Wood Walls. Thanks to David and his book, I have something else to say on writing good historic fiction.

David’s book is about 11 year-old Joe Hanada, a Japanese American boy living on America’s West Coast at the time of the Pearl Harbor bombings.  Since this is historic fiction, I’m not spoiling anything for you when I point out that Joe and his family end up living in an internment camp, specifically Tule Lake.

Some people might argue that Japanese Americans are  a smallish percentage of our population (no, I haven’t looked up the numbers) and thus this is too much of a niche story.  Part of the reason that this book has found an audience is because it is highly relevant to today’s reader because of two subjects within the book.

Shortly after the book opens, the Japanese bomb Pearl Harbor.  Joe sees people who were friendly enough turn against him and his family.  Even before they are moved to the camp, they experience outright hostility.  His father is arrested for being an active leader in the Japanese American community. This topic is relevant for today’s reader because of strong parallels between Joe’s experience and how 9/11 effected attitudes towards Middle Eastern and Muslim residents of our own country.

Do you have scads of picture book manuscripts languishing, waiting for you to clean them up? Then you need to check out ReviMo sponsored by author/illustrator Meg Miller.

From January 12 – 18, 2014, participants will have access to a series of blog and vlog entries to encourage them to get off their fannies and revise.

And believe it or not, there’s a prize.  I know.  I’d think that having polished manuscripts would be enough, but Meg is clearly a generous human being.  One lucky participant will win a critique from Simone Kaplan.

Check out the details on Meg’s blog and sign up today.  Do not put it off.  Your unpolished manuscripts need to be cleaned up so that they can find a home.

Last week I saw a notice from literary agent Jill Corcoran.  After 4 years with the Herman Agency, she is opening the Jill Corcoran Literary Agency.

My ears always perk up when I see something with Jill’s name attached because she is the agent of my writing pal Kelly Milner Halls and the fabulous Martha Alderson (Plot Whisperer).  Take a look at the photo on Corcoran’s site and you’re going to see books that you recognize, books that make you go Oooooo.

At this point, Corcoran is not taking any submissions, but I remain hopeful.  After all, in this day and age when so many people preach gloom and doom for the publishing industry, I’m encouraged when a talented agent like Corcoran strikes out on her own and also when I see books on her table that have met with amazing success.

My book is on prayer and it didn’t take long before my market research revealed that there is absolutely nothing on the market like what I have envisioned.  And that’s part of the problem.  I know a lot about prayer, I’m currently teaching a class on prayer, so I roughed out the manuscript without doing any research.  My first readers responded well to the topic and had plenty of useful suggestions.

But when I sat down work on the next draft, I was stumped.  This is a dual text picture book — there is a brief main text for younger children and a much more elaborate text that will appear in sidebars on each spread.  How do you format something like that?  Needless to say, I let this ridiculous question bring progress to a halt.  I want the reader (editor or critique buddy) to be able to tell which portions are the main text but I don’t want to put all the sidebars at the end of the manuscript.

Fortunately, I recognized this for the stall tactic that it was and got busy writing.  My goal is one spread/day and so far I’ve completed 5 or 6 spreads.

How did I solve my formatting dilemma?  The the time being (and this is solution #2 so it may be very temporary), the main text is in normal type and the sidebars are italicized.

For more on writing nonfiction picture books and why you might want to write a book with dual texts, see my post yesterday at the Muffin.

Do you get information about primary history sources on your Facebook Newsfeed?  Why not?  Historic photographs and decades-old musical recordings can all find their way to your feed if you “Like” the American Folklife Center Facebook Page.  Although it may not be something that I need right now, it just might be what I need to inspire a new story or get out of a writing slump.

You never know what might be making its way into your feed.  It might be information about an upcoming event or information on the webcast for the Seeger Family Concert.

Now, if you’ll excuse me.  I have some music to enjoy.  It just might inspire a story.

Normally when I write an activity for Education.com, I come up with an idea, pitch the activity and then complete, photograph and write up the approved activity.  This time around, I had a slightly different experience.  The publisher already had the photographs and needed someone to create the activities.   Imagine getting a photo of an art project and being told, “Tell me how to weave this bookmark.”

I was lucky because there were several activities in my favorite areas.  I love to do craft activities and got to write up Make Corn Syrup Art and Make an Easy Tubescope.  I also like to do food activities and had one of those in Fabulous Fortunate Cookie Cupcakes.  Games are always fun and I got to write up Water Ring Toss and do several science activities as well, such as Light and Mirrors.

Doing what I like and do well is always a good time, but perhaps the best part for me as I writer was that my editor shifted me outside of my comfort zone.  While I do tons of cooking and arts and crafts activities and will also tackle sewing, science and games as well as reading and writing activities, I’ve never done anything related to math and numbers.  Until now, that is.  There were at least 6 activities on my list, including Hidden Numbers and Number Snacks, that had to do with developing math skills.

As much as I love the creativity of getting to brainstorm and hone my own ideas, not to mention getting to make everything and take the photos, I can’t discount the value of learning to write something new-to-me.  It was especially fun to break new ground and know that I was introducing young readers to a new skill, numbers and math.  It makes me wonder what I will learn to write next.

What have you recently written that was new-to-you?

Normally, we writers talk about goals in January.  “What goals are you setting for the year?”  But with my son back in school I’ve been looking at my own writing goals and heaving a sigh.  I’m more than a bit behind.

I used to have a word count goal, but I quit doing that.  Word count goals I can meet and still not get things sent out.  That’s just me.

Right now my main writing goal is dollars submitted per month.  It is much less noble sounding but for anyone who makes her living at writing it is essential.  I’m keeping track of what I send out in terms of how much I will earn if its accepted.  I know, I know. It sounds mercenary but the reality is that there are bill to pay.

Normally, I’m pretty good with this particular goal but I’m behind.  Fortunately, I’ve already met my dollars-sent-out goal for this month so anything else I accomplish will help me catch back up.

Fortunately, I think I know why I’m behind.  I’ve been focusing too much on this dollar goal and not doing enough “for me/fun” writing.  So I’m adding onto my goals.  First each and every writing day I am going to work on my “for me” project.  Right now, that’s a book on prayer.  I have several other for-me-fun projects but I’ve also got to keep writing for money.

Right now that is my goal.  To work out a writing routine that feeds my writing soul and also pays the pills.

If you are reading my blog, you probably want to be a writer.  This should mean that you are also writing.  If not, what’s stopping you?

I meet many new or wanna-be writers.  I write for a living and when they learn this, they always tell me how lucky I am.  Then they tell me why they don’t have time . . . money . . . space to write.  Basically, something is in their way and because of it they cannot write.  They need to watch this video.

Now, tell me again.  What is standing in your way? 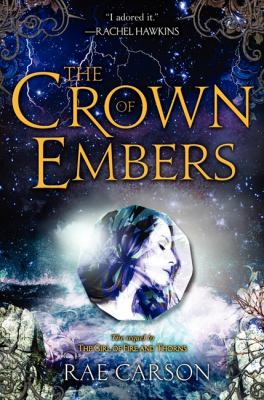