But this is going to be another big week.  I need to get everything done for the conference (which is Saturday) and I want to finish this draft of my middle grade.  Stephanie and I challenged each other to have a draft done by November.  I knew I wouldn’t be able to get it done by November 1st, but I want it done by some time next week.  Not that this is a good draft.  If is very much a first draft — the rewrite is very different from the original.  So there is lots of work to be done no matter when I “finish” this draft.

Here are my goals for the week:

This was one of my mother’s favorite sayings.  “Don’t go cutting off your nose to spite your face.”  It was one of those sayings that took me years and years to decipher although I did quickly realize that she said it whenever I was going off to do something that would ultimately cause me grief.  How do mom’s always know these things?

In this electronic age, it is super easy to do serious damage to your own reputation.  I’ve heard of authors who:

Have complained about how lazy editors are on Twitter only to discover that their ms was at the top of someone’s to-be-read pile when that Tweet caught the editor’s eye.  Instant rejection!

Have gotten into flame wars over a seriously bad review.   Tempting though it may be, the author never comes out looking professional.

Have panned an organization publicly and then turned to that organization for recognition.  Umm. . . electronic paper trail mean anything to you?

Instead, take a page from Lauren Myracle’s script (read Myracle’s blog post at Huffington about the whole situation with the National Book Foundation).  She has been through an emotional roller coaster over the past week, but not once has she publicly acted out.  Think how tempting it must have been.  But, no.  She’s been gracious.  And in so doing, she has gained new readers and, I would guess, a host of invitations to speak at various events.

You too can be a class act.  I know you can. 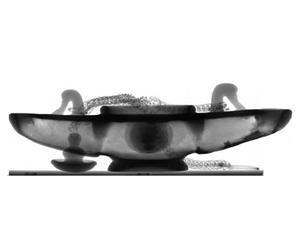 Why is it important to make sure that you are using recent source material if your topic is historic or even prehistoric?  Because you never know what new techniques have been developed and what researchers may have found.

This lesson was really brought home for me last week when I read about new neutron imaging technology.  Bible History Daily had a single paragraph article on how researches can now obtain 3-D scans of ancient artifacts (see full article at Oak Ridge National Laboratory).  This will lead to new knowledge about how these things were made, related technologies and materials and quite possibly the trade necessary for the spread of all of the above.

But if you were doing an article on Petra and contented yourself with research that was only 2 or 3 years old, you wouldn’t include this information.  Your article would be dated even before you submitted it.

Why not go through the effort of finding the most recent material?  Your competitor may be doing just that.

If you are anything like me, you’re looking at the title for this post thinking, “What’s a Pi Bold Mo?”  Here’s a hint — the fifth character is an I not an L.  Being dyslexic is a constant source of amusement for those around me.

You’ve heard of NaNoWriMo.  This version is for picture book writers and, surprisingly, doesn’t seem to be getting as much word of mouth.

Picture Book Idea Month (November 2011) is the brainchild of Tara Lazar who, wisely, realizes that picture book authors need a challenge to.  The challenges she issues is to come up with 30 picture book ideas in one month and to do your best to actually flesh them out.  I’m sure I could come up with 30 ideas; its the writing drafts part that will probably fall by the wayside for me.

Are you game?  I’m seriously considering it, because I’m mental.  There is no other explanation.

Today’s post is a quick update on knowonder! e-zine.  The last time I posted about knowonder!, it was a happy announcement that they were back on-line.
This time around, I’m posting to let you know that not only are they back but they are know a paying market.   knowonder! is now paying $10 for each Story of the Day.  For details, see their guidelines.
–SueBE

I don’t know if splitting up my goals into different categories is helping or not, but my word count last week rocked.  I pulled down 8256 words — more than a little bit over my 6000 word goal.

Let’s see what I can manage this week!  My goals are: 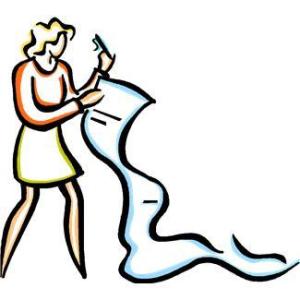 Okay, it wasn’t technically the slush pile, but I did spend several hours last week reading manuscripts submitted for a local competition.  Here are five tips based on that reading:

Get beyond these, the most common mistakes that I saw, on your manuscript will be at the top of the stack.

Creating a manuscript with rising tension throughout isn’t easy but last night I watched a movie that had me on the edge of my seat from the first scene — I am Legend starring Will Smith.

Did the author adore his main character or despise him?  Inquiring minds want to know.

Smith plays Robert Neville, a military scientist in a world felled by a virus first hailed as a cure for cancer.  The virus wiped out 90% of the world’s population out right.  Of the remaining 10%, only 1% were truly immune.  The others became something close kin to zombies — super fast moving, light hating, mean as all snot zombies.

If you can handle serious tension, watch this movie to see just how hard the author has made it for Neville.

When the virus first goes bad, Neville uses his military connections to get his wife and daughter out of the city.

But at the last check point, a scanner says his wife is infected and can’t leave.

Neville uses his rank (something way up the food chain) to bully the soldier into re-scanning her.  The scan comes back as uninfected, which would be marvelous except for a  helicopter crash while Neville is still watching.

All he has left is his daughter’s dog.  So, of course, something is going to happen to the dog.

He finally meets other people, but by then Neville is just a bit nutty, something about the isolation no doubt and feeling responsible for not stopping the virus.  Having someone else around is less than fantastic.

Scene after scene, things just get worse for our character.  Watch this movie and then tell me — are you really being hard enough of your character?

But, you’ll have to tell me later.  I need to get going.   I have a 12 year-old character to make miserable.

When I first heard about the nominations for the National Book Award, I couldn’t wait for this week to get here so that I could blog about Debby’s book.  Debby is, after all, a friend and an excellent author.  Do check out her book (My Name Is Not Easy).

But when I was writing the post, I went online to find the complete list of nominations.  There had been some buzz last week because when the nominations were announced, Franny Billingsly’s Chime was accidentally omitted with Lauren Myracle’s Shine in that spot.

Initially, the National Book Foundation took responsibility by simply adding Franny’s book to the list.  This led to an unprecedented 6 item list.

But when I looked up the list, it was only 5 items long.  What the heck?  A quick search revealed why. 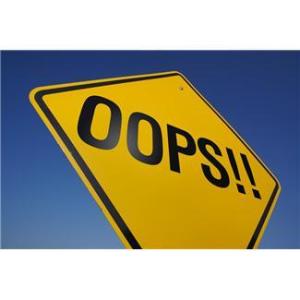 Apparently, Friday the National Book Foundation asked Lauren to remove herself from the competition to preserve the integrity of the award process.

Seriously?  Being a class act, she stepped down.

This really bother’s me, although I don’t know Lauren.  Imagine finding out you’ve  been nominated and then, oops!, no you haven’t. It also bother’s me because I’d imagine that it might just sully the joy for the other authors.

So why not support all six authors when you are picking out books to read over the next several weeks?  That’s what I plan to do.

My Name Is Not Easy by Debby Dahl Edwardson (Marshall Cavendish)

Inside Out and Back Again by Thanhha Lai (Harper)

Flesh and Blood So Cheap: The Triangle Fire and Its Legacy by Albert Marrin
(Alfred A. Knopf)

And one that isn’t:

We may not be able to change what happened, no one can at this point, but we can support all 6 authors inadvertently involved.

When the nominees for the National Book Award were announced, I did a victory dance.  Why?  Because right at the top of the list is my friend Debby Dahl Ewardson’s My Name Is Not Easy (Marshall Cavendish).  Several years ago (one home, three computers past), I read a very early draft of the novel.  I can’t wait to get a hold of the finished product.

I’d like to encourage all of you to pick up Debby’s book as soon as you have the chance.  She’s a top notch author with plenty to say.

I’ll have a second post on the National Book Award tomorrow.